Update on the nuclear industry

Here is the Special Piping Materials most recent update on the nuclear industry. 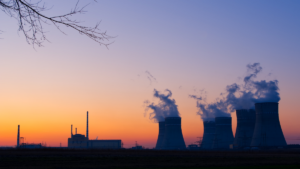 The nuclear industry has always been a fascinating one, with a rich and vibrant history. Here at Special Piping Materials, we have been supplying the industry with high quality pipes, fittings and flanges for many years and we have become experts in the ins and outs of what drives the market.

The hostile conditions that can be found within nuclear power plants necessitate the need for high performing and specially manufactured equipment. It is in this scenario that high quality stainless steel – like the type that Special Piping Materials supplies – is very useful. As one example, stainless steel pipes are able to carry steam at high pressures and high temperatures thus making the actions of the electricity producing turbines possible.

Read on for our update on the nuclear industry.

History of the nuclear industry

If we look back at the industry’s history, nuclear energy first came to being in the 1940s but the initial research, fuelled by the second world war, was focused om producing bombs. In the 1950s, research turned a corner and the focus turned to more peaceful uses of nuclear fission, namely using it for power generation.

Covid-19 and the nuclear industry

Any decent update on the nuclear industry would be remiss if it didn’t mention the recent impact of Covid-19.

Interestingly, in many companies, people who work in nuclear have been named as ‘key workers’ who are essential in ensuring that their country’s vital infrastructure remains intact.

Here are some interesting facts and figures when it comes to the nuclear industry and Covid:

News from the nuclear industry

To give our readers a more informed update on the nuclear industry, we have gathered some of the most recent news stories to be announced in the sector: