UK Election and the Energy Industry

The UK recently held a transformative election, but what does it mean for the UK Energy industry and how have market experts reacted? 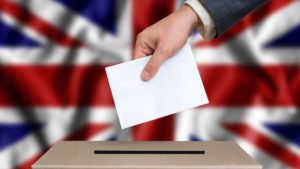 In December, the Conservative Party won the General Election in the UK by a landslide. The Party secured 364 seats across the country, taking the largest majority in the Government since 1987.

Looking at what it means objectively, the UK does seem to finally have a sense of certainty which will help it to move forward as a nation and leave behind the political rollercoaster of the past few years. The surge in the value of the pound, which jumped to a three-and-a-half high against the euro in the hours that followed the initial election predictions demonstrates that confidence in the UK is already returning.

Although this election became known as the ‘Brexit Election’, Energy and Environmental pledges played a key role in all the parties’ manifestos in the lead up to the vote.

Boris Johnson’s Party now has to make good on its promises and ensure that the results of the Election means that the UK Energy industry is supported. The two people in the Government who are leading the way for the energy industry in the UK are the Rt Hon Andrea Leadsom MP who is Secretary of State for Business, Energy and Industrial Strategy and the Rt Hon Kwasi Kwarteng MP who is Minister of State for Business, Energy and Clean Growth.

But what were the Conservative’s Manifesto pledges for the Energy and Renewable Industry? And what was the Industry’s reaction when the Conservatives came to power? Special Piping Materials has done its research into these questions and now we bring you a concise summary of the answers.

Prior to the election, in June, the then Prime Minister Theresa May announced that the UK Government has bound by law its target of reaching net zero emissions by 2050. The UK is the first country to commit to this. But how did this pledge sit within the rest of the Conservative’s Manifesto?

Speaking at the launch of the manifesto, Boris Johnson stated that the Party’s plan was to pursue an “unashamedly pro-business decarbonisation strategy”. He continued: “This is not because we hate capitalism and want to destroy it and want pointlessly to make an enemy of enterprise – but because the private sector makes the brilliant technical breakthroughs that enable us to cut CO2.”

The Tories believe ‘free markets, innovation and prosperity’ can protect the planet. The party promises to ‘ensure that the energy sector continues to play a critical role in our economy and domestic energy supply, supporting further investment in the UK’s natural resources’.

It will also support new floating wind farms, gas from hydrogen production and nuclear energy, including fusion, alongside its commitment to renewable energy.

Additionally, the Tories have pledged to support the development of the decommissioning industry by investing in the creation of a multi-use yard and the UK’s first Ultra-Deepwater port.

Another core part of the Conservative manifesto is the development of the shale gas industry. It is thought that they are looking to amend the planning law for shale applications, which would result in chief shale planning decisions being made the responsibility of the National Planning Regime.

The party has pledged not to support fracking “unless the science shows categorically that it can be done safely”.

How the Conservatives are supporting North Sea Oil and Gas

The North Sea is a cornerstone of the oil & gas industry and is known for its resources of liquid petroleum and natural gas. It has been commented that stability has returned to the region in recent months, with the price per barrel of oil becoming much more reliable.

Interestingly, the North Sea is an area that was debated and talked about a lot during the election campaign. The importance of the region was rightly recognised as the oil and gas industry employs almost 300,000 highly skilled people in the UK, of whom four in 10 work in Scotland. Further to this, the North Sea is also thought to provide more than GBP 300 billion in tax revenue to the UK economy.

It is not surprising then that the Conservative’s Manifesto stated that the Party believes “the North Sea oil and gas industry has a long future ahead” and knows the sector has a “key role to play as we move to a net-zero economy”. It goes on further to say that it will support this transition with a “transformational” sector deal.

How the Energy Industry reacted to the UK Election

After the results of the UK election were announced, many industry experts provided commentary as to their opinion of what it meant for the sector. The reactions appear to be mainly positive and paint an optimistic picture of what the future may hold, although some stated that more clarity is still needed.

“We look forward to continuing our constructive working with the Prime Minister and the UK Government as we work to ensure a safe and competitive industry which realises a successful future through the energy transition and a Sector Deal. We welcome all the new members of Parliament and thank outgoing members for their support for this critical industry.

“As we go into the new year our priority will be to ensure and reinforce recognition of the positive role our industry is playing in helping to achieve net zero emissions alongside providing a major economic contribution and a big part of our energy security.”

“Scottish Renewables welcomed the Conservative Party’s manifesto commitments to deliver two million new jobs in clean energy over the next decade and to increase ambition for our world-leading offshore wind sector.

“However, our industry still lacks the clarity it needs to progress in key areas: onshore wind and large solar PV’s access to the energy market, the future of renewable heat and a plan for small-scale renewables, among others.”

“While Brexit will continue to dominate the political agenda – and there will be important issues to now focus on as we look to the future relationship with Europe – we must also quickly break the hiatus in energy policy.”

He added the energy sector is committed to working in partnership with government and other industries to “go further and faster in the decarbonisation of our economy” and warned there is no time to waste.