The North Sea: Its History and Future

The North Sea has always been a cornerstone of the oil & gas industry and is an area of huge importance. Recently, there have been questions over its future so here we look at its history and review some of the upcoming projects. 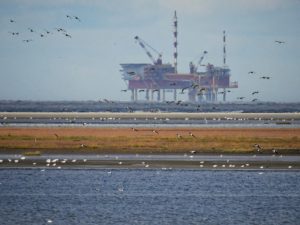 What is the “North Sea”?

Within the petroleum industry, the North Sea is a key area. It is known for its resources of liquid petroleum and natural gas that are found in huge underground reservoirs. Although many think the area is a single region, it actually comprises five different sectors: the UKCS, the NCS, and the continental shelves of Denmark, the Netherlands and Germany. Each area has its own distinct background, petroleum reserves and exploration profile.

What is the history of the North Sea?

Extraction of oil from the shores of the North Sea originally dates back to the 1800s. Scottish Chemist James “Paraffin” Young distilled paraffin oil from torbanite mined from the Midland Valley of Scotland in 1851.

In 1859, oil was found in the Wietze field near Hanover in Germany. This significant finding led to the discovery of 70 more oil fields.

1959 saw the discovery of the Gronigen gas field in the Netherlands. This triggered interest in the region’s hydrocarbon potential which led to a feverish amount of exploration in the area. Major oil fields discovered and offshore oil rigs being built at an unprecedented rate.

At its height of activity, in January 2015, 173 active rigs were drilling in the region, making it the world’s most active offshore drilling region.

Unfortunately, this boom was short-lived and the North Sea oil & gas industry was calling for government support in May 2016, due to financial stress caused by a significant reduction of oil prices.

What is happening now?

In recent months, it can be said that stability has returned to the North Sea oil & gas industry with the price per barrel becoming much more constant.

A good indication is that Oil and Gas UK announced that nine new developments in the region were approved during 2018.  Investments in new North Sea projects hit £3bn – the highest level in the basin since 2015.

A report from Global Data in April 2018 stated that in excess of ‘40 key crude oil and natural gas projects are expected to start operations by 2015’. The UK is leading the way with the highest number of planned and announced projects, closely followed by Norway, the Netherlands and Denmark.

In October 2018 there was more good news for the North Sea region, this time from Aberdeen University. The study by economists at Aberdeen University found that 17bn barrels of oil could be recovered from the UK offshore fields by 2050. Additionally, the study found that global energy firms will be spending more than £300bn over the next 30 years. This is in an effort to revive oil and gas exploration in the North Sea.

More recently, in May 2019, exploration and production business Neptune Energy announced that it was going forwards with several projects which includes a rig contract for the Seagull development in the central North Sea later this year.

Oilfield services giant Petrofac has also broadcast its intentions in the region, announcing two contract extensions that total in excess of £25 million.

In other news, Malaysian oil firm Hibiscus Petroleum has revealed that it is anticipating having a field development plan in place for two UK North Sea blocks by the end of 2019.

How does this affect Special Piping Materials?

The recent activity and promises of projects in the North Sea is cause for excitement. As the oil & gas industry grows stronger, we have no doubt that the region is going to prove its enduring importance in the sector.

Only time will tell what projects will get the green light and how many barrels are attained from the North Sea. Nevertheless, we are confident that with our expertise and reputation for high quality and high performing products, Special Piping Materials is set to be a prominent supplier in the road ahead.