The process of desalination

The process of desalination has changed the way the world drinks water, especially in places where freshwater in scarce. 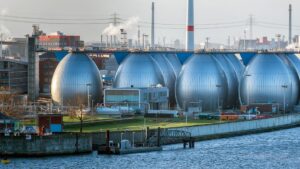 Although water covers approximately 70 percent of the world’s surface, 97 percent of that is far too salty to drink. This means that water scarcity is the reality for many people and according to the World Health Organization by 2025, half of the world’s population will be living in water-stressed areas.

The process of desalination means that brackish or salty water can be transformed into drinkable and safe fresh water. It also provides a reliable water source even in areas that face droughts.

The teams at the Special Piping Materials offices around the world have been supporting the desalination industry for many years and therefore we know quite a lot about the process involved!

This means that it is unsurprising that desalting seawater is in fact an ancient notion and even Aristotle described an evaporation method used by Greek sailors of the 4th century!

In the 19th Century, steam navigation was developed which created a demand for noncorroding water that could be used in boilers.

This development led to the first patent for a desalination process being granted in England in 1869, with the first water-distillation plant being built by the British government in the same year in Yemen. The first large desalination plant destined for commercial purposes was built in 1920 in Aruba and this led to a boom that is still continuing.

By 2019 approximately 18,000 desalination plants were in operation around the globe, producing more than 95 million cubic metres of clean water every day.

There are multiple ways to process the desalination of water, but the majority of the time, one of two methods is used – either reverse osmosis or multistage flash.

The process of reverse osmosis:

One of the largest reverse-osmosis desalination plants now in existence is located in Israel and can produce up to 627 million litres of desalted water per day.

The process of multistage flash:

One of the largest of these systems, located in Saudi Arabia, can produce more than 750 million litres of desalted water per day.

The future of desalination

It seems the future of this industry is full of possibilities with new research continually coming out about how to make the process of desalination more efficient and more cost effective.

The research and development of water desalination has always been thought-provoking and many teams across the world are dedicated to this field. This is probably because water consumption is such an essential part of everyday life and the supply of clean water still hangs in the balance in some places.

It may soon be, that with all the research into water desalination, it soon becomes part of life for many more millions of people.

So, what are some of the most interesting and recent research studies from the last 12-18 months?

The waste products from the process of desalination are still a major problem in this industry and scientists from all over the world have been looking to reduce this and rethink it.

A research team from the Massachusetts Institute of Technology (MIT) have found a potential process to turn concentrated brine into useful chemicals, thus making desalination much more efficient.

Environmentally concerns are a big part of research into desalination processes. The École Polytechnique Fédérale de Lausanne has looked into this and has designed a machine that can convert seawater into drinking water in a more environmentally friendly and economical way than current systems.​

The cost of desalination is also one of the challenges of the industry. Scientists from the Berkeley Lab have found potentially new design rules that can make “thermally responsive” ionic liquids to separate water from salt

Some of the communities that face the biggest concerns in terms of water scarcity live in remote places and therefore it is accessing clean water that proves to be problematic. Researchers from Monash University have developed a new technology using a solar steam generation system which can successfully produce clean water from salty water for communities worldwide.