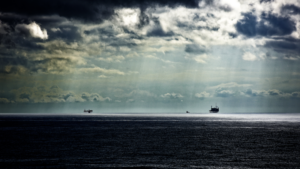 BP has been granted new approval to drill for oil in the North Sea, by The Oil and Has Authority (OGA). The new development is in the Alligin field, 87 miles west of Shetland, and is expected to produce up to 12,000 barrels of oil equivalent a day.

The Alligin field has a depth of 475 metres and is operated in a joint partnership with Shell. It is set to be drilled by the Deepsea Aberdeen oil rig.

It is the latest of new approvals for BP, with the OGA also approving the company’s development of the Vorlich field 150 miles east of Aberdeen, which is expected to yield up to 20,000 barrels a day. This field is a £200m project that BP will manage in partnership with oil and gas operator Ithaca.

The Alligin and Vorlich sites are believed to hold a total of 50 million barrels of oil equivalent.

Brenda Wyllie, West of Shetland and Northern North Sea area manager at OGA, said: “The Oil and Gas Authority is pleased to consent to the development of the Alligin field”.

French energy giant Total is considering an upgrade of their Elgin-Franklin fields, which recently pumped out their billionth barrel from the North Sea.

The company’s license partner revealed recently that Total is planning “facilities and integrity work” that would prolong the lifespan of the field so that it can produce gas and condensate for longer.

The Elgin-Franklin fields have been extremely successful since production first started there in 2001, with Total investing around 1.6bn into the site. The high-pressure fields were only expected to produce fewer than 800 million barrels of oil equivalent (BOE) but have actually delivered one billion BOE by June 2020.

Total has a 46.17% operated stake in Elgin-Franklin, alongside other partners such as Chrysaor, Eni, ExxonMobil, Ithaca, One Dyas, Premier Oil and Summit.

The Aberdeen Harbour expansion is in the final development phase before its phased opening starts in 2021.

Once complete, the £350 million-plus Aberdeen harbour expansion project (AHEP) will be the largest berthage port in Scotland. It will be able to welcome vessels up to 1,000ft in length.

Within the UK, the Aberdeen Port expansion project is the largest marine infrastructure development underway at the moment. It is currently 70% of the way through its construction phase, with it having started in 2017.

Earlier in 2020, contractor Dragados UK pulled out meaning Aberdeen Harbour Board (AHB) was left to find firms to complete the final 30%.

AHEP project director Keith Young said to Energy Voice: “Since taking over the site in May, we have seen considerable progress and overcome several engineering challenges.

“Much of the 70% of progress involves dredging work below the water line, and construction of the north breakwater and fixed quay areas.

“Approximately 2.4 million cubic meters (nearly 85m cubic feet) of rock has been removed from the seabed using the world’s largest dredgers, and we are pleased this material will be reused elsewhere within the project.”

AHB chief executive Michelle Handforth added: “Like any project of this scale we have encountered a number of challenges, but we are happy and confident in the position we are in at the end of this year.

“The expansion of Aberdeen harbour has never been more important, both for the north-east and the rest of the country.”

“South harbour will open a world of possibilities and position Aberdeen as a world leader in the changing energy landscape, while radically growing Scotland’s maritime industry and international shipping potential.

“We are working extremely closely with customers, port users and industry organisations around the UK to maximise the potential for the expanded port in Aberdeen as we gear up to our phased opening next year.”

In December 2020, the UK Government announced It would be agreeing a North Sea transition deal with the oil and gas sector during the first half of 2021.

The deal, described as a “quid pro quo partnership” between government and industry, outlines long term-action for transforming the sector and delivering the energy transition.

The white paper identified five “key deliverables” from the transition deal, including cleaner energy production through rigorous emissions cuts, supporting the delivery of carbon capture and storage projects and the development of hydrogen production.

Diversifying the supply chain into new energies and safeguarding existing jobs while creating tens of thousands of new ones were also among the objectives of the proposed transition deal.

The government said it would use the deal to help the oil and gas supply chain secure new low-carbon export opportunities overseas.

So, there we have it – Special Piping Materials’ latest round-up of news from the North Sea!