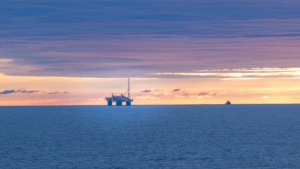 Special Piping Materials’ division in Aberdeen was first established in 2007 and since then has been headed up by industry expert Jamie Hutchinson.

Special Piping Materials has a 30,000 sq. ft office and work hard to ensure that they have a wide variety of specialist products in stock, ready to ship quickly to clients who require them.

Special Piping Materials in Aberdeen has an enviable reputation for excellent customer service, high quality and high performing products. This means that they are set to continue to be a prominent supplier in the North Sea region and further afield for many years to come.

NOV was named as the first of Cerulean’s major delivery partners for the project and will now act as the exclusive provider of floating and mooring systems. Christopher McDonald, chief executive of Lamprell said: “Offshore floating wind is a natural progression for the business and represents another step in the realisation of our strategy and establishing our credentials in the UK market. We look forward to supporting NOV in the development of this transformational project for the industry and Scotland.”

The development fits with the UK Government’s target of quintupling offshore wind capacity from 11GW to 50GW by the end of this decade.

We hope you enjoyed Special Piping Materials’ latest round-up of news from the North Sea!