LNG supply and demand in Africa

LNG supply and demand in Africa has been progressing steadily for many years. It is thought that the focus on LNG in the region will most likely shift to further development of existing projects rather than the sanctioning of new developments. 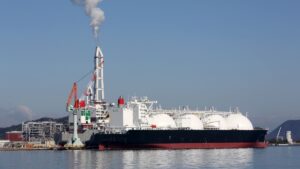 According to a report published earlier this year by the African Coalition for Trade and Investment in Natural Gas (ACTING), Africa is expected to witness the biggest growth potential in gas consumption by 2040, with an annual growth rate expected at some 3.2%.

Some 13 countries in sub-Saharan Africa burn gas for power generation, of which 10 (including Angola, Cameroon and Nigeria) use their own domestic gas production. Togo and Benin are reliant on imports and Ghana uses a combination of domestic production and imports.

Demand for LNG is growing across the world as it is being viewed as a cleaner energy source. Management consulting firm McKinsey and Company estimates LNG demand to increase 3.4% per year till 2035. In 2020 LNG demand grew by 1.0%, while gas demand decreased by 3.0%.

In this blog we’ll take a look at trends and recent news about LNG supply and demand in Africa.

LNG is the acronym for liquefied natural gas. LNG is natural gas that has been cooled down to approximately -260F, to its liquid form to store and transport it more safely and easily.

LNG is usually transported from areas with a large supply of natural gas to areas that need it. Once the LNG is delivered to where it needs to go, the natural gas is reheating which allows it to expand and convert back to its gaseous form, a process called ‘regasification’. Once ‘regasified’, the natural gas is dispersed to consumers via a network of pipelines.

LNG is odourless, colourless, non-toxic and non-corrosive. It also takes up about 1/600th the volume of natural gas in the gaseous state which makes it much easier to ship and store when normal pipeline transport is not feasible.

As world energy consumption increases, industry experts are predicting that the LNG trade will grow in importance on a global scale. One of the factors driving the popularity of LNG is that it is being considered as an alternative source of fuel for automotive vehicles and other uses rather than just a means of transport.

The current largest exporters of LNG are Australia and Qatar, with the US expected to overtake them in the next few years, while the largest demand for LNG comes from China.

Recent trends in LNG supply and demand in Africa

Some of the most interesting developments in recent years have been in Mozambique and Nigeria. The Mozambican market alone consumes about 30 petajoules (PJ) per year of natural gas to gas-to-power and industrial off-takers. The vast majority is supplied through the MGC network which is also connected to the 865-km Rompco pipeline.

Here are some of the most recent advances in the market in Mozambique and Nigeria:

Recent news in LNG supply and demand in Africa

In 2015, Egypt became the first — and only — African country to import LNG, but this is expected to change with Ghana starting to begin LNG imports. The LNG will be supplied under a long-term contract with Shell.

Risk consultant Pangea-Risk said last month that the inclusion of LNG in the energy mix was “critical” for Ghana’s growth and development and would boost its clean energy transition with gas displacing heavier fuels.

“By selecting gas as a transition fuel and connecting to the global LNG supply chain, Ghana has secured first-mover advantage in the push for a greener future,” it said.

CEO of DNG Energy, Aldworth Mbalati, said: “The arrival of the LNG consignment is an inflection point for South Africa’s energy market; marking a key moment in our shift from coal-fired and oil-fired power generation to cleaner alternatives.”

“In the context of South Africa’s just energy transition, LNG represents an excellent alternative that will help cut GHG emissions, reduce air pollution and help combat global warming. It will play a key role in helping the country meet its carbon emission goals and providing power to a growth population as the world transitions towards a zero-carbon energy future.”