How do nuclear power plants work?

Nuclear energy is typically viewed as a very interesting aspect of the energy industry and many people wonder ‘How do nuclear power plants work?’ 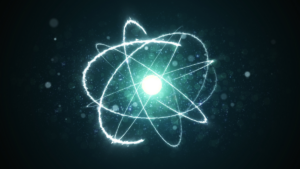 The process of using the energy released by splitting atoms was discovered in the 1940s but nuclear power wasn’t generated on a commercial level until the 1950s. That means there have been nuclear power stations operating for nearly 70 years.

While some people do have reservations about nuclear power there is no doubt that it is a green source of energy, as it is the world’s second largest source of low-carbon power. More nations than ever before are now exploring the use of nuclear energy, mainly due to increased demand for electricity and growing concerns around climate change.

Special Piping Materials has worked within the supply chain of the nuclear industry for many years, supplying stainless steel pipes, fittings and flanges that form essential parts of nuclear power stations.

So, how do nuclear power plants work?

This question can be answered very simply as it is similar to many other types of power generation: Water is heated, steam is produced, this then spins very large turbines that, in turn, generate electricity.

The interesting part of nuclear energy is that the water is heated due to nuclear fission. Fission itself takes place at the central core of a nuclear reactor where uranium fuel is present. The uranium fuel takes the form of ceramic pellets that are stacked together to create fuel rods. These fuel rods are then bundled together as ‘fuel assemblies’ and a reactor core can contain numerous fuel assemblies. Inside the reactor vessel, the fuel rods are immersed in water and atoms are split into smaller atoms which then releases energy as a by-product in the form of heat.

The water in the core is subsequently heated and then pumped into tubes inside a heat exchanger, those tubes then heat a separate water source which then creates steam. This steam turns a turbine on an electric generator to produce electricity.

All these tasks may come as a surprise to some people as the pipelines within nuclear power plants are not always that easily seen and they are usually hidden from view. However, the average nuclear reactor plant will have more than seven miles of pipe inside it.

The conditions in which these pipes must perform are considered to be extremely hostile due to the constantly high pressures and temperatures. These means that the pipes must be made of some of the highest quality material available, such as the stainless steel and nickel alloy pipes sourced and supplied by Special Piping Materials.

How do nuclear power plants work around the world?

As of June 2021, nuclear energy is thought to provide around 10% of the world’s electricity and this power is generated by approximately 445 power reactors that are operational in 32 countries worldwide.

The United States is thought to generate more nuclear power than any other country.

There are two types of light-water reactors currently operating in America. These are:

Another major producer and user of nuclear energy is the UAE. The Barakah Nuclear Energy Plant that is located in the Al Dhafra Region of the Emirate of Abu Dhabi, is home to four reactors, each of which can produce 1,400 megawatts (MW) of electricity with nearly zero carbon emissions.

The production of nuclear energy is considered to be a very positive step forward in terms of clean energy. Once fully operational the Barakah Nuclear Energy Plant will have the capacity to prevent the release of more than 21 million tonnes of greenhouse gas emissions per year.