The Energy Sector in New Zealand is an interesting one indeed. New Zealand’s demand for energy is considered to be just a small proportion of the world’s total consumption but of course it is still a critical part of the country’s infrastructure.

While the energy sector in New Zealand isn’t the largest in the world, it is certainly varied. They have the ‘third highest rate of renewable energy as a portion of primary supply in the Organisation for Economic Co-operation and Development’ (OECD), with approximately 40 per cent derived from renewable sources. 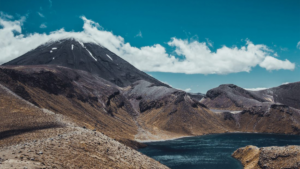 However, oil and natural gas still have a huge part to play in New Zealand’s energy sector and are the biggest contributors to the overall energy supply in the country.

According to Energy Mix, they use around 49 million barrels of crude oil and more than 4 billion cubic metres of natural gas every year.

Energy use per sector:

The future of the energy sector in New Zealand looks set to be focused on renewable energy sources, although it is likely that the oil & gas sector will still be prolific for many years to come.

The document provides an extremely useful overview of the energy sector in New Zealand and the following facts, figures and data have been taken from it. The 2020 edition of the Report includes information up to the end of the calendar year 2019. The full effects of the 2020 Covid-19 Pandemic are therefore not included in the figures.

The full report can be found here: https://www.mbie.govt.nz/dmsdocument/11679-energy-in-new-zealand-2020

Overview of Oil and Gas sector:

Special Piping Materials thanks the Markets team of the Ministry of Business, Innovation & Employment (MBIE) for the facts and figures published in the ‘Energy in New Zealand 2020’ Report.