An update on the MENA Oil and Gas Sector

The Middle East and North African (MENA) region is one of the most interesting oil and gas sectors in the world. Here we get you up to speed on the MENA oil and gas sector, including an update from Special Piping Materials Dubai, recent positive news stories from the region and an overview of some of the biggest players. 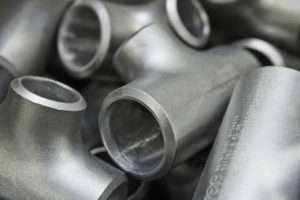 At the beginning of 2019 there was great confidence in the MENA oil and gas sector, with companies poised to diversify, invest and grow.

Oil and gas technical adviser DNV GL interviewed hundreds of senior professionals in January this year to find out their views on the MENA oil and gas sector. The results were decisive in that 83 per cent of the 800 people surveyed expressed confidence about the growth of the industry in the region during 2019. This is compared to just 63 per cent who said the same about 2018. All the research indicated that the MENA oil and gas sector is set to dominate the world for many years to come.

Have the predictions been right though? What has actually been happening in the MENA oil and gas sector in 2019?

Well, now that we’re more than halfway through the year we can safely say that the industry is experiencing a progressive time at the moment. New projects are being announced, new partnerships are forming, and a new, more positive attitude is emerging.

Special Piping Materials first opened its Dubai office in 2009. After several successful years in the region it opened a new warehouse space in 2012, demonstrating its long-term commitment to the MENA oil and gas sector.

The expert team in the SPM Dubai office is led by General Manager Zishan Ali Khan. He has worked in the oil and gas industry for years, with more than a decade at Special Piping Materials.

Special Piping Materials also has a network of agents across the MENA region. These industry professionals are experts in developing relationships with new clients, finding new opportunities and offering support on new projects.

The Special Piping Materials team is currently focused on growth and process consolidation. They are perfectly positioned to support their current clients within the UAE, explore new business opportunities and expand into new sectors such as ship building and desalination.

Progressive news from the MENA oil and gas sector

During 2019 so far, there have been some progressive and forward-thinking announcements from some of the key organisations in the MENA oil and gas sector. These revelations indicate that the industry is developing and maturing.

This new committee includes representatives from a diverse group of public and private sector groups. This includes the Dubai Chamber of Commerce, the Emirates National Oil Company, the Department of Economic Development and the Ministry of Energy and Industry.

It will report directly to the Supreme Council of Energy in Dubai and will be responsible for all duties prescribed in Federal Law No. (14) of 2017. This Federal Law focuses on the trade of petroleum products and any relevant regulation.

July 2019 saw another big step in that Iraq and Oman signed a Memorandum of Understanding to cooperate in the oil and gas sector. The new commitment between the two countries marks a new era of cooperation and joint investment.

It includes a possibility of a new shared refinery in Oman which will potentially process imported Iraqi crude oil. Not only this, but the new Memorandum of Understanding could see the two countries collaborating on everything from manufacturing, to storing, to marketing and even shared scientific and technological oil and gas research.

Who are the big players in the MENA Oil and Gas Sector?

There are more than 200 oil and gas companies across the globe. This impressive figure has been bolstered in recent years by the emergence of several national oil companies. These state-owned entities are making their presence known and have been acquiring the rights to many major oil reserves the world over.

But who are some of the biggest players in the MENA oil and gas sector? The two that have to be mentioned are of course Saudi Aramco and the Kuwait Petroleum Corporation. Here is an overview of these two businesses, both of which are state-owned:

Saudi Aramco is Saudi Arabia’s national oil company. This industry giant operates in both upstream and downstream, markets and is known among other things for production, exploration and refinery.

The Saudi Arabian government took full control of Saudi Aramco in 1988 and it is thought that the company is responsible for 12% of the global production of oil.

Kuwait Petroleum Corporation (KPC) is another state-owned entity that produces an impressive 7% of the world’s total crude oil.

The company is known for its diverse business interests that include interests in the hydrocarbon industry, onshore and offshore, upstream exploration, petrochemicals and even marine transportation.

Originally formed by the Gulf Oil Corporation (now Chevron Oil) and the Anglo-Persian Oil Company (now British Petroleum), it become a state-controlled organisation in 1980. Since that time, it has embarked on major worldwide expansion plans and is one of the world’s most reliable suppliers of energy.

The MENA oil and gas sector is both progressive and advanced, with the companies in the region being true world-leaders.  Much can be said about the impact they have on the global industry. Special Piping Materials Dubai will be serving the region for many years to come and will be continuing to invest in its people, processes and products.